Governance at a Glance 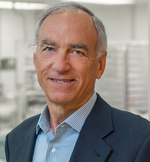 Mr. Fletcher brings more than 35 years of healthcare and medical device experience to KORU Medical. He currently serves as CEO and Managing Director of Fletcher Spaght Inc., a strategy consulting and venture capital firm which he founded in 1983. Prior to founding Fletcher Spaght, he was Senior Manager at The Boston Consulting Group, advising a broad range of companies in healthcare and high technology industries.  Mr. Fletcher joined the Board of Directors of publicly-traded medical device company Spectranetics Corporation in 2002 and served as Chairman of the Board from 2010-2017. During his 15-year tenure as a member of the board, Spectranetics expanded its therapeutic platforms and generated significant commercial growth. In August 2017 Spectranetics was acquired by Royal Philips in a transaction valued at $2.2 billion. Mr. Fletcher was named 2018 Director of the Year by The National Association of Corporate Directors (NACD) for his work at Spectranetics. Mr. Fletcher currently serves on the Board of Directors of Axcelis Corporation, MRI Interventions and is Chairman of Metabolon. He is Chairman Emeritus of the Corporate Collaboration Council at the Thayer School of Engineering/Tuck School of Business at Dartmouth College and serves on the Board of Advisors of Beth Israel Deaconess Medical Center and the Whitehead Institute at MIT. Mr. Fletcher received his MBA from Southern Illinois University and a BBA in Marketing from George Washington University. He was an Instructor for courses in international business and a Ph.D. Candidate at the Wharton School of the University of Pennsylvania. Mr. Fletcher also served as a Captain and jet pilot in the United States Air Force. 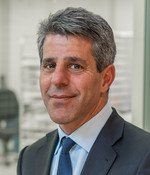 Mr. Manko has over 20 years of investment experience, predominately in the asset management, investment banking, private equity and corporate securities markets. From 2005-2010, Mr. Manko was a Partner and Chief Executive Officer of Switzerland-based BZ Fund Management Limited, where he was responsible for corporate finance, private equity investments, three public equity funds and the firm's Special Situations and Event-Driven strategies. Prior to that, Mr. Manko was a Managing Director with Deutsche Bank in London where he was head of their European and Asian Equity Capital Markets business. He began his investment banking career at Merrill Lynch as a Vice President in Hong Kong. 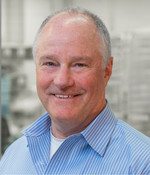 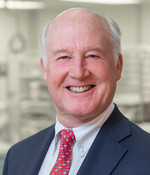 Mr. David Anderson has been in the medical (device) industry for over 23 years and has held the role of Chief Executive Officer for Sterilox Technologies, Inc., Gentis, Inc. and currently with ORTEQ Ltd/CellCoTec Ltd. He has also served on the board for ACell Inc., (Regenerative Medicine for Woundcare) and Aperion Biologics, (ACL Replacement Technology), as well as served on several advisory committees. Mr. Anderson received a B.S. in Chemical Engineering from Cornell University and attended the University of Minnesota for Graduate Studies in Microbiology. 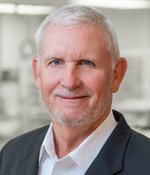 Robert T. Allen, CPA, is a seasoned executive with 38 years of operating and financial experience focused on the healthcare services sector. Rob most recently served as President of Coram/CVS Infusion Services, a $1.4 billion Infusion Services business with 4,500 employees and operating in 42 states. Prior to serving as President, Rob held positions of COO and CFO during his 8 years at Coram. Prior to Coram, Rob held leadership roles at Titan Health Corporation and American Medical Response driving operational, financial, revenue cycle and strategic growth. Rob also currently sits on the board of Oceans Healthcare, an operator of hospitals in the Southeast. 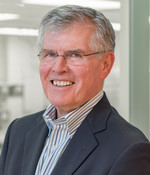 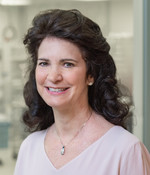 Mrs. Frommer was nominated to the Board of Directors on January 29, 2019. Mrs. Frommer has been an experienced founder and executive in the information technology sector for over 30 years. She served as Chief Executive Officer and co-founder of CRS Retail Systems (“CRS”) from 1989 to 2005. CRS was one of the largest providers of software for specialty store retailers in the United States. Mrs. Frommer successfully guided the company through extensive growth, multiple acquisitions, and major technology initiatives, as well as through a successful partnership with private equity firm Accel-KKR, and an acquisition by publicly traded Epicor Software. Prior to CRS, Kathy worked as a Systems Engineer with various technology companies. Kathy currently serves on the Board of the SUNY Orange College Foundation and Bethel Woods Center for The Arts. 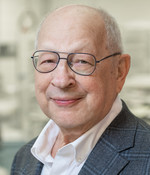 In Memoriam of Arthur J. Radin

Arthur J. Radin, 81, joined the Board of Directors in 2015. Arthur was a leader and a friend who provided wise counsel, a steady hand, and genuine warmth as a member of our board. His business acumen and financial expertise helped shape a variety of issues that have been critical to the transformation of our company. The entire KORU family mourns his loss.